Remarriage after Divorce – When can it happen?

The end of a marriage can be a difficult time in one’s life. That does not mean, however, that one cannot find happiness again in another relationship. Many move on from an unfortunate situation to find themselves in happier circumstances later on. The question is, how soon can this “later on” situation take place?

There are 2 key stages in the divorce proceedings: 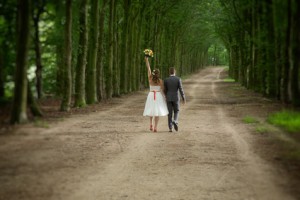 Stage one is when a Judge in the Family Justice Courts grants a divorce with an Interim Judgement of Divorce. This dissolves the marriage. However, either party cannot remarry during this stage as ancillary matters have not been resolved. Should they do so, it would be considered having committed bigamy, which is a criminal offence punishable by jail and fine.

After the Judge has handed down the Interim Judgement, the Second Stage begins, dealing with ancillary matters.

Once the Final Judgement has been acquired, either party is then free to remarry.

Read more about Grounds for Divorce and Divorce Procedures.

To find out more or if you are in need of professional advice, please submit your details and requirements in the form to arrange for a consultation with a divorce lawyer.