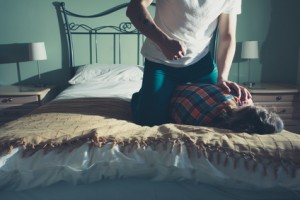 Marital or spousal rape is defined as non consensual sex forced upon a spouse and can be categorised as domestic sexual violence.

Previously, husbands forcing sex on their wives were not criminalised based on the traditional notion that they have a right to start a family. Husbands were also protected by religious institutions which condoned husbands demand for sex regardless of their wives wishes.

Recent changes in family law, however, now protect women against domestic sexual abuse. A man can now be charged with the rape of his women under the following conditions:

A husband forcing sex on his wife can also be charged under the penal code for the following offences:

Although these carry less severe charges, they still offer some protection to the wife.