A major area of contention in most divorce cases would centre on the custody, care and control of the child or children after the divorce. In the Singapore court of law, such decisions regarding the custody are adjudicated under the Women’s Charter.

The definition of a child under the Women’s Charter is a progeny of the marriage who is still under 21 years of age.

In the court of law, custody would refer to the legal decision making over the child’s life, and usually deals with major areas such as religion, education or health matters.

Care and control would then refer to the parent the child lives with on a day to day basis.

Access is the timeframe granted to the other parent to spend time with the child on an allocated basis.

Whilst typically, parties will be granted joint custody of a child unless one party is able to prove that the other parent should not have the legal rights to make important decisions of the child. A parent will lose the custody of the child if they have been proven to be physically, mentally or sexually abusive of a child. The usual legal tussle between both parents may be the care and control of the child i.e. who should be the primary caregiver and have the child stay under the same roof with him/her after the divorce. Another issues for parties to work out would be the visitation schedule for the exiting parent. The timetabling of one party’s access to the children often involves numerous parties’ schedule including the schedule of the child, and thus require some cooperation of all parties to work the timetable out. Divorcing parties must bear in mind that the law says that parents should be accorded half the time with the children after divorce as much as possible. It is the rights of the children to see both parents and not the parents’ rights to the children.

In typical cases, the court has the following considerations before making orders relating to the children:

In non-typical cases, the court may make the decision to order that custody be given to a relative or to a welfare organisation if it feels that would be better for the child or children’s wellbeing. Such decisions would be made based upon a few considerations:

At the end of the day, the court’s decision is predicated upon what it feels is in the best interest of the child. The final decision may also rest on certain conditions, such as not allowing the child to be taken out of Singapore.

Sole Care and Control – What it Means? 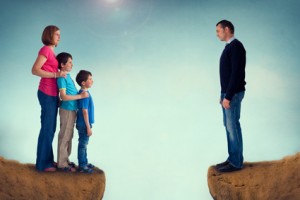 Sole care and control is given to only one parent so that the said parent could live with the child and care for him/her on a daily basis. The child thus lives at home with this parent and he or she has the right to make day-to-day decisions regarding the child without the constant approval of the other parent. There may be situations where the court would order shared care and control to both parents if it is proven that the couple is able to work hand-in-hand with each other for the child’s issues and that the shared caregiving arrangements have been in place for a substantial period of time and works out well.

Although sole care and control is awarded to a parent, the court may also make provisions where the primary caregiving parent needs to consult with the exiting parent before any major decisions are made regarding the child’s life.

Where a parent has been granted sole care and control, the other parent will be allowed access to the child with time worked out between the parties or with time allocated by the court. This could take the form of weekly visitations, holiday periods and communications via other forms such as email and telephone calls.

Access is usually unsupervised contact time between the exiting parent and the child. However, if there is valid concerns regarding the child’s safety, then supervised visitation will be ordered.

There are a wide range of workable visitation arrangements suited for different families. An experienced divorce and family lawyer will be able to advise you on the most suitable timetable base on her experience dealing with many other divorcing families.