How to Void a Marriage 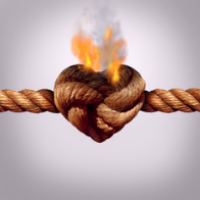 There are instances when a couple wants to dissolve a marriage but due to situations, may not want to go through a divorce procedure. These couples may then be looking at alternative routes, such as applying for an annulment, in which case they are effectively voiding the marriage.

However, before they can even consider such an option, there is a need to check the validity of such marriage. In Singapore, a marriage is considered invalid under the following circumstances:

In the above cases, there is thus no necessity to go through a divorce process as parties are not deemed to have been married in the eyes of the law.

Even so, a lawyer may advise couples in such situations to still go ahead and acquire a judgement of nullity as it may provide some practical options for the parties such as applying for matrimonial settlements. It will also give parties the peace of mind that the marriage has been declared null and void by the court.

In order to have the marriage annulled, they then have to engage the services of a lawyer who will file a writ to obtain a judgement of nullity from the family court.