All About Matrimonial Assets

Matrimonial Asset is defined as the asset which is owned by one or both of the parties who are married to each other. When either party applies for a divorce, these assets are then subjected to division by order of the Court.

Division of assets can spiral into an explosive situation as both parties either want to hang on to certain assets or unwilling to divide or give up certain assets.

What is considered Matrimonial Assets

Matrimonial Assets are properties acquired before and during the marriage by either one or both parties. Properties used by the family for shelter, household, recreational, educational, social, aesthetic or transportation purposes are also classified as matrimonial assets.

Thus, gifts or inheritance are not considered matrimonial assets unless they were substantially improved upon by either parties and relate specifically to the matrimonial home. 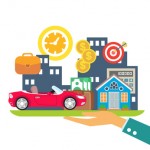 The Court may anticipate unfairness in this case when a spouse acquires asset in his or her name during the marriage and then argues during divorce proceedings that the asset is his or hers alone, whilst disregarding any contributions from their spouse towards the acquisition of said asset.

The Court will thus take into consideration contributions by both parties toward the acquiring and the maintaining of such assets.

Needs of the Children

More than just contributions from each party though, the Court will also take into account the needs of the children in the marriage and to whom their care and concern had been entrusted to.

The Court will take into consideration how long the union has been and value that each party has brought into the marriage as well as contributions, direct and indirect, made during the marriage.

Considerations will also be taken into account of any benefits or opportunities that may be lost upon dissolution of the marriage.

Agreements between parties prior to divorce

Any agreements that had been made between both parties, for example pre-nuptial agreements, will be reviewed by the Court as part of the consideration for division of the matrimonial assets.

Will a party abilities to work be affected after the divorce? This is another question the Court will ask in determining the division of the assets.

Any debts that had been incurred by either party whether for the mutual benefit of both parties or children in the marriage will also be considered by the Court in deciding upon the division of assets.

The Court will also take into its consideration other issues such as not adversely affecting the standard of living of the children after the divorce, or any disabilities that may require maintenance