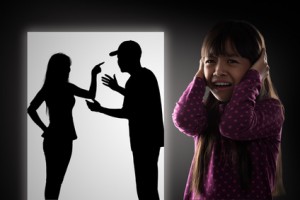 In an embittered divorce battle, the divorcing couple often disagrees on almost every aspect of the marriage and its termination, leading to a long and arduous legal tussle. One of the areas of conflict typically involves the care, custody and control of the children involved in the marriage, especially if they are under legal age of consent. Many times the divorcing parents fight over who should have the care and custody of the child or children, and have their lawyers engage in the tussle try to force these issues with the opposing party. The child’s voice often is almost never heard, although this is a decision that directly impact his or her future.

In an effort to give more voice to the child, recent initiatives in the Singapore legal arena has seen the creation of a lawyer for the child, a Child Representative. The law defines the Child Representative as an unrelated third party who is impartial and whose role is to act on behalf of the child. This is to make sure that any decisions affecting the child is motivated by the desire to upkeep his or her best welfare. The Child Representative is not a representative of either the father or the mother and is not obligated nor allowed to proffer either of the parents any legal counsel.

How does the Child Representative Assess the Child’s Best Interests?

The Child Representative can also communicate with the child’s teachers, or any specialists involved such as therapists or counsellors, to get pertinent accounts from them in an effort to gather a wider and deeper understanding of the situation. It is thus not unusual for the Child Representative to arrange a meeting between the parents, with their lawyers in attendance, to discuss issues relevant to their child or children’s welfare. In many cases these meetings may also lead to the resolution of the issues at hand. If resolution is achieved then either the Child Representative or parents’ lawyers will inform the court and procure a consent order.

The Child Representatives responsibilities and onus of care to the child ends upon the issuance of a final court order.

The Court, can, at its discretion, remove the Child Representative on its own initiative.

The child’s parents or interested parties can also apply to have the Child Representative removed. However, the court will only accede in exceptional circumstances:

Parents seeking to remove the Child Representative should first seek legal advice as costs can be levied against them if they are unsuccessful in making the application.